We'll get them heard.

How to Find That Next Killer Song Idea 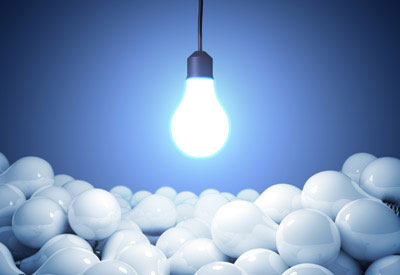 What do the songs The Gambler (Kenny Rogers), Sold (John Michael Montgomery), Hillbilly Bone (Trace Adkins/Blake Shelton), Amazed (Lonestar), Dirt (Florida Georgia Line), and What Hurts the Most (Rascal Flatts) have in common?

In terms of tempo, melody, lyric, and concept, they have very little in common with each other. However, they were all based on killer song ideas that were then executed with precision.

You’ll notice that the core ideas of these songs vary pretty dramatically, showing that there is flexibility in concept when it comes to writing a hit song.

How can you as a songwriter find a song idea worth developing and turning into a hit song? Here are some ideas and examples from some of country music’s most successful artists to get you started.

Let’s face it, most songs draw us into the world of love. Whether it’s sensual songs, finding that right partner songs, breakup songs, marriage songs, relationship problems songs…long story short, if your song is about love, it’s instantly relatable to pretty much everyone. But don’t lose sight of other classic themes such as family, God, country, friendship, etc.

If you can find a song that gets people laughing, you likely have a hit. People like to laugh and smile, which is why funny songs often find success.

Some songs start with a beat, a guitar lick, or a groove and then develop into a song concept. It’s perfectly ok to write a melody before you even know what the song is about. Then you can write the lyrics to match the jammin’ melody that you wrote.

Oh you cheeky, pun-filled concepts, how the charts love you! So many songs rely on that single hook to draw you in and get you singing along.

EXAMPLES: Mud on the Tires (Brad Paisley), You Look Good in My Shirt (Keith Urban), Shotgun Rider (Tim McGraw), I Like It I Love It (Tim McGraw), How Long Gone (Brooks & Dunn), Beachin’ (Jake Owen), How Do You Like Me Now?! (Toby Keith), Chainsaw (The Band Perry), Chicken Fried (Zac Brown Band), Toes (Zac Brown Band)

Usually in ballad form, these songs are possibly the hardest to pull off. They can’t be preachy in tone and the melody and lyrics have to make it interesting. But if you are brave enough to try a serious concept, you will likely produce a time-tested classic.

Some song ideas are a little off the wall. These ideas probably come to you at 1AM when you’re at a party or when you’re in a goofy mood. Don’t dismiss these ideas as garbage just because they are a little out there. Every now and then a hit has had some pretty weird subject matter.

Country songs in particular lend themselves well to storytelling, which is why many great songs tell provocative, interesting, or sometimes even hokey stories. Stories draw listeners in and help convey concepts and ideas in a powerful or relatable way.

Company founder Gil Grand has more than 30 years experience in the music industry. He's an award-winning music artist, songwriter, publisher and record producer. Gil has been instrumental in securing cuts like "Tomorrow" by Chris Young which became a huge number one Billboard country hit in the USA.