We'll get them heard.

The Three Pillars of a Successful Songwriting Career 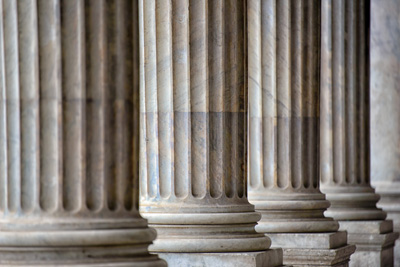 A songwriting career is sustained by three core pillars: Writing, production, and sales. Successful songwriters understand that all three are equally important, and that they all work together.

When songwriters seek to strengthen each of the three pillars and find balance among them, they are more likely to have a strong catalog of songs that actually makes it to market. On the other hand, being weak in any of these areas or focusing too heavily on one area will lead to poor outcomes.

For every timeless, mega hit, there are hundreds of mediocre songs and thousands of terrible ones. While it should be self-explanatory, a songwriter must (drumroll please…) write great songs to be successful. Today’s market is too competitive and talented for mediocre songs to make it.

While the importance of the song quality can’t be overemphasized, a great song must have a strong demo and consistent, efficient pitches to get cut.

When songwriters focus too much on writing but don’t invest in high quality demos or song pitching end up with a lot of unheard hits that will never make it to market.

The second pillar in a songwriting career, producing compelling, impressive demos, not only brings songs to life, but it provides industry pros with the vision they need to say “yes” and cut a song to an album.

Low quality demos are easy to spot and even easier to say “no” to. However, even strong demos can’t compensate for a crappy song. For a demo to be effective, the song itself, including the melody and lyrics, must be strong. And even a superb demo is useless unless industry pros are hearing it in frequent, effective pitches.

The third pillar, selling, which comprises of all music business efforts to get a song placed, is where all the magic happens. Without pitching and selling, songs, no matter how well-written and produced, will never be heard by the masses. Perhaps the greatest reason songwriters fail lies in their lack of efforts to pitch their songs.

As critical as pitching is, it cannot compensate for a crappy or mediocre song, even if that song has excellent production. Industry pros can tell if a song is a hit or not. In the end, an overdependence on pitching leads to a lot of “no”s. Worse, songwriters that pitch poor songs frequently end up losing trust and credibility, burning the bridges they so carefully built. Even if a mediocre song squeaks through to getting cut after all those efforts, it will produce far less income than a truly great song would have.

See why all three pillars, songwriting, production, and pitching, are equally important? A songwriter that is strong in one or two of these areas will likely fail, or at best have moderate success. Take time periodically to analyze how strong your quality and efforts are in each of the three areas and ramp up your efforts to strengthen and find balance in all three. You’ll be glad that you did.

Company founder Gil Grand has more than 30 years experience in the music industry. He's an award-winning music artist, songwriter, publisher and record producer. Gil has been instrumental in securing cuts like "Tomorrow" by Chris Young which became a huge number one Billboard country hit in the USA.